The local dishes of Kerala that you simply have to try When people travel to Kerala, there’s an array of different reasons as to why, with various tour packages available, alongside the option of exploring the Indian coast. Kerala’s wildlife is another thing that tempts people in. There’s a lot to do, though.

Another major selling point when it comes to Kerala is the state’s cuisine, with a rich selection of stunning dishes on offer thanks to the region’s culinary traditions from the likes of the Malabari Muslims to the vegetarian Hindus. There’s a good selection of seafood also, with many seafood lovers from around the globe flocking to the state to get their hands on some of India’s finest sea creatures.

Essentially, like many different cultures all around the world, the people of Kerala adore food, and this is a region with a rich food history. It’s common to walk around Kerala, trying street food snacks and playing India’s best online poker with different options, alongside checking out the array of spices which tend to be on display. Kerala prides itself on the fact that it’s a spice hub, which essentially allows local cooks to elevate their cuisine to a whole new level.

With the food of Kerala being a big draw for many people, here’s a look at some local dishes that you have to try when you’re there.

No, these aren’t the sort of chips the British have with their fish. In fact, these chips come in many different shapes and forms, but they’re usually incredibly tasty. Kerala’s chips can be made out of the likes of raw jackfruit, thinly sliced tapioca, banana coated in jaggery, alongside a few other, harder to find variations. Arguably the most famous snack from Kerala, you simply have to give them a try.

If you’re after a biryani like no other, then you can’t leave Kerala without trying a Malabari Biryani. With a few subtle differences compared to other biryani dishes, this particular dish is cooked with Jeerakasala, which is a small grain rice typically found in the region. With mild spices and delicious fried onions to give it additional colour, the Malabari Biryani is well worth trying.

Particularly prominent on wedding menus and festivals, Sadya Special is a popular dish from Sadya and comes with a selection of accompaniments and gravies that tend to be mixed together with other treats, creating what is a stunning local dish. If roasted coconut and tamarind gravy are two flavours that are getting you salivating, then give the Sadya Special a go. 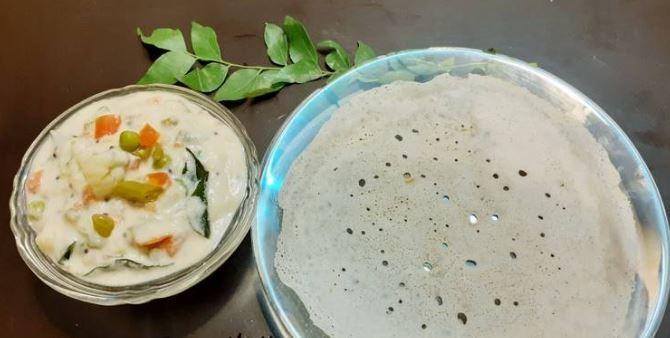 A much loved local dish and one that you simply can’t leave Kerala without giving it a taste, Appam and Stew is a beautifully made snack which has a soft centre that tends to get crispier the closer you get to the edges of it. Typically enjoyed with stews and a popular option for many at breakfast, you’ll see this on a lot of menus throughout the region. When you give it a try, you’ll understand why.

Kerala is known for its seafood and Karimeen Polichatu is probably the dish that encapsulates its wonderful seafood more than any other. Inspired by south-east Asian cuisine, the Karimeen Polichatu consists of pan-fried Karimeen fish combined with a spicy masala before being expertly wrapped in banana leaves and then cooked further on a skillet or tava. If you’re a seafood lover, then you can’t visit Kerala without trying Karimeen Polichatu. It’s delicious!